A Road Trip to Victoria Falls with Kids 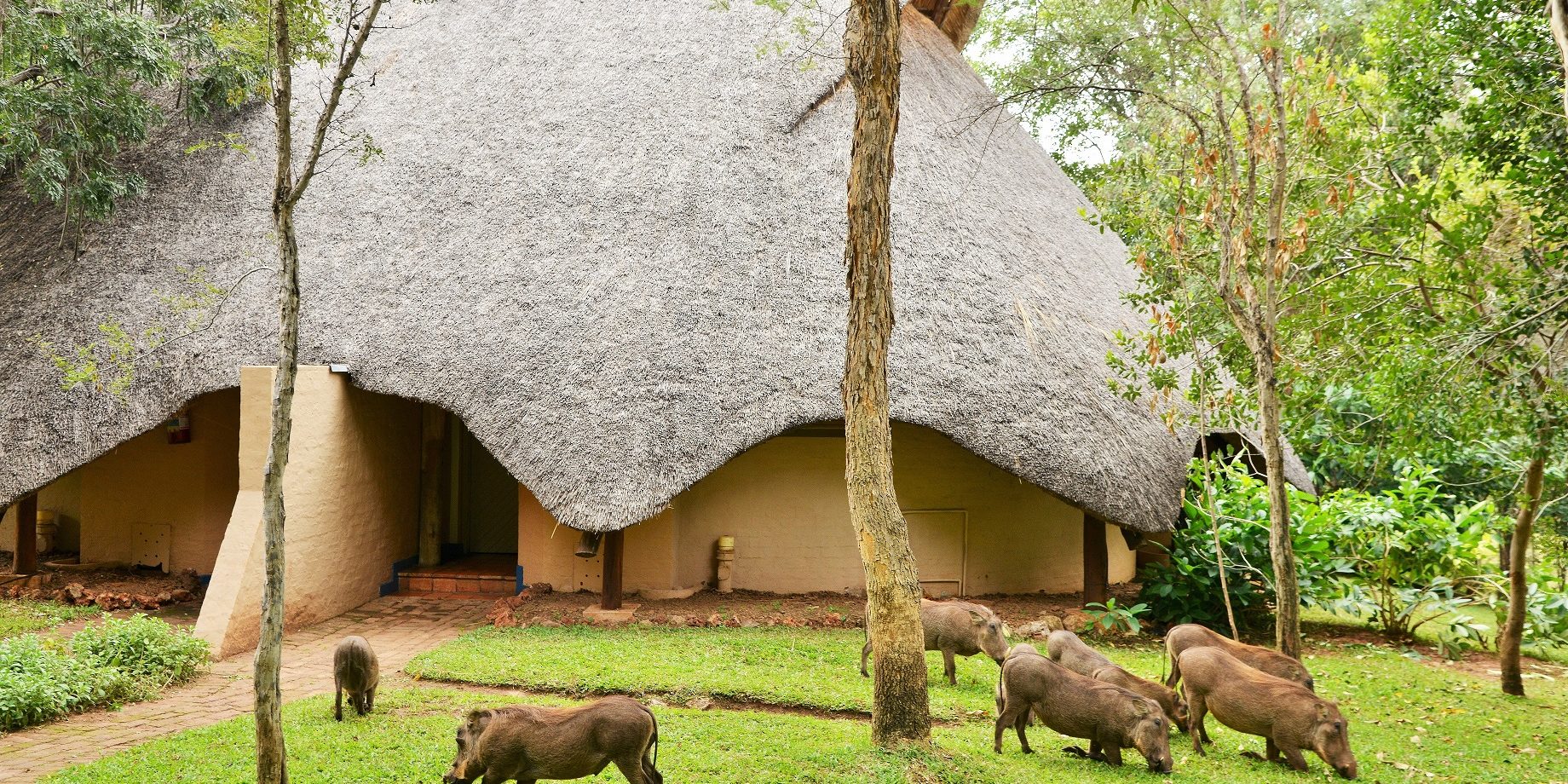 A road trip to Victoria Falls with the kids could be an adventure awaiting with half term and school holidays looming.

During Zimbabwe’s current lockdown hotels, national parks and tourism attractions have remained open, and with tourist numbers minimal and accommodation prices competitive there could be no better time to explore our own beautiful country.

Police roadblocks require a letter from the property visitors are staying at or one from their agent through whom they booked. It should contain confirmation of the traveling and booking dates and name of destination/s, as well as the names of the guests in the car and their home address. It’s a good idea to include ID numbers too.

Until the coronavirus pandemic, travel was largely taken for granted, but this has all changed now. With a newfound appreciation of travel, and the great outdoors beckoning this family decided to take to the road for a Zimbabwean adventure.

Based in Harare, where should we go?

My six-year-old had only visited Victoria Falls, one of the Seven Natural Wonders of the World, which is right on our doorstep, as a baby, and had no memories of it, while my three-year-old had never been there before.

So a road trip to Victoria Falls it was!

There were feelings of excitement but also trepidation embarking on a 1,500km road trip to Victoria Falls with two little boys, so a decision was made to take it slowly and stop at other holiday hotspots en route. The plan was to spend two nights in Hwange, three in Victoria Falls, one in Matopos and two in Bulawayo.

We decided to try the “shortcut” back road to Victoria Falls from KweKwe to Lupane, bypassing Bulawayo, and although the quiet mostly dirt 240km road took 3.5 hours, it provided a lovely change of scene.

The rain had fallen the previous night adding a fresh vibrancy to the landscape which was dotted with thorn tree forests, derelict farm stores, villages, cattle, donkeys, goats and the occasional person here and there. It was positive to see that a new road was being constructed next to the existing one, potentially allowing for a faster Harare-Victoria Falls route.

After 8.5 hours we arrived at Ivory Lodge, our home for the next two nights, on the edge of Hwange, Zimbabwe’s largest national park, where we found, like us, other local families taking advantage of specials and enjoying their own country.

With the rains, the wildlife had scattered, but there was plenty of plains game to be seen, as well as a great variety of birds, including crowned cranes and secretary birds. We narrowly missed sighting a pride of 16 lions at a pan near Main Camp.

The kids jumped straight out of the car and headed for the swimming pool to cool down. They were delighted to discover a playground with a trampoline, which is great for expending pent up energy after too much time in the car, and charmed by the bushbuck and warthog that roam the grounds.

Dinner at Ilala Lodge, where a set three-course menu for $20 for an adult was on offer, was exceptionally good. I had brie with sweet chilli sauce starter, followed by a spinach and feta stuffed chicken breast main and an affogato for dessert, while the kids shared a delicious hamburger and chips, finishing with a bowl of ice cream and chocolate sauce. Our days in Victoria Falls were busy and happily spent … a highlight was, of course, a visit to the Falls themselves which never fail to captivate visitors.

The Falls, which are rain-fed, so fluctuate greatly throughout the year,  and even from year to year, are building up for an exceptionally big year in 2021. Currently, there is twice as much water (1,215 cubic metres per second) flowing over them, compared to at the same time last year, when they reached one of their highest levels in a decade, according to the Zambezi River Authority. At its highest in May the Victoria Falls sometimes rises to more than 20 times its lowest annual level, such are the quirks of Mother Nature.

In my dozens of visits to the Falls over the years, I’ve always heard a foreign accent, but this time all we saw was one local couple and two other families. When else can you have such an iconic bucket-list travel destination almost to yourself?

Activities for kids in Victoria Falls

The kids loved the crocodile farm, where our guide Peter took us around the many reptiles, from newborns to elderly, and my elder son Benji held a baby crocodile. Other highlights included dangling meat from above as enormous hungry crocodiles leapt up to devour it, while dwarf and albino crocodiles also impressed. It is also home to nearly 60 snakes from all over the world and two lionesses.

On the morning of  Benji’s 7th birthday we did the canopy tour, a series of nine ziplines between 40 and 85 metres in riverine forest, overlooking the Zambezi River. The two-hour activity, operated by Wild Horizons, offers the opportunity to spot birds, monkeys and baboons.

At 1pm we headed to Victoria Falls Safari Lodge’s Vulture Culture Experience where these endangered raptors are fed daily on meat scraps daily as part of a supplementary feeding programme to aid their survival. We watched as more than 100 hooded and white-backed vultures, joined marabou storks and yellow-billed kites in the feeding frenzy, to the fascinating soundtrack of commentary by guide Zulu who told us everything about the birds.

As the sun began to drop towards the horizon, we boarded a Wild Horizons boat for a sunset cruise on the Zambezi River, where sipping a Zambezi beer on the Zambezi never loses its novelty. Birds flit noisily across the river, while hippos peep from the waters and fat crocodiles lazily soak up the last rays of sun on the sand banks. As night looms on the mighty river, and the magnificent ilala palms darken to silhouettes on the horizon, the feeling of serenity is unparalleled, and heighted on this occasion, as again, we are almost alone.

We enjoyed a lunch at Three Monkeys, sundowners and dinner at the Victoria Falls Safari Club, soaking up the panoramic views over the Zambezi National Park and a waterhole frequented by various species of game.

Next stops Matopos and Bulawayo

Next stop was Matopos, with a night at The Farmhouse, where a visit to the National Park took up us up to World’s View and Cecil Rhodes’ grave where much fun was had chasing lizards on the granite dwala, and we were later lucky enough to come across a family of four white rhino in the bush. Two nights in Bulawayo did not disappoint –  its wide streets and historic buildings oozing the subtle charm of a bygone era, with highlights being visits to the Natural History Museum of Zimbabwe and lunch at the Bulawayo Club.

After eight days on the road we returned home to Harare richer for the experience, and with a newfound appreciation of our wonderful land having enjoyed it uncrowded and at discounted prices.

Benji said: “I loved the whole trip, in Victoria Falls I loved seeing the different types of vultures, the canopy tour was fun, I liked seeing all the crocodiles, the lions and the nyoka (snakes), and I liked the pool where we were staying.”

And my younger son, Rafe? “I liked the rainbows and the statue at the big waterfall.”

Was travelling with young kids so bad?

No, the road trip to Victoria Falls was easier than expected … constantly stimulated by their new surroundings they got along better, and best of all, not once was there a request to watch TV!