Discover the Hidden Gems of the Victoria Falls Rainforest 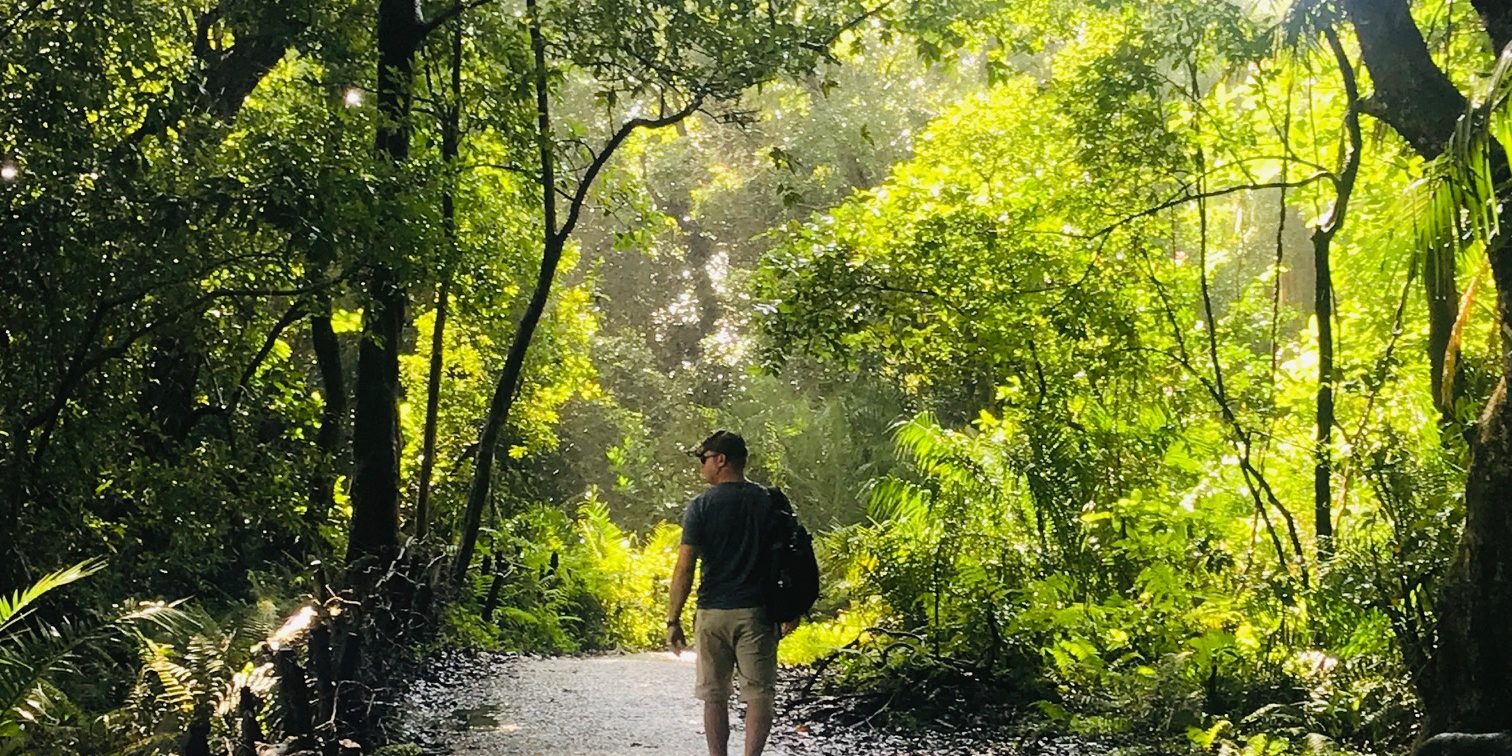 While the Victoria Falls, one of the Seven Natural Wonders of the World, is undoubtedly the main attraction, many visitors delight in discovering the unexpected hidden gems from beneath the lush canopy of the rainforest.

The world’s largest waterfall, which borders the southern African countries of Zimbabwe and Zambia, is formed when the Zambezi River tumbles majestically across 1.7km and down 108m into the Batoka Gorge.

Alongside the falls is a path through a unique rainforest with 16 viewing points on the Zimbabwean side, from the Devil’s Cataract to the Main Falls, the Horseshoe Falls, the Rainbow Falls and finally the Eastern Cataract in Zambia.

The Victoria Falls rainforest reopened last month after being shut for 100 days due to a national lockdown in response to the COVID-19 pandemic.

Victoria Falls Safari Lodge estate nature guide Aleck Zulu, who has been guiding tours of the Victoria Falls for 13 years, says the geology, as well as the flora and fauna, are also fascinating.

“I find the geological aspect of the Victoria Falls very interesting – how it was formed 150 million to 250 million years ago when volcanic activities produced molten lava which solidified into basalt rock,” Zulu says.

He is also intrigued by the zigzag cut in the rock by the river over time to form eight gorges and he can see the start of a ninth gorge forming near the Devil’s Cataract, which he expects to be there in 10,000 years’ time!

A stroll beneath the towering waterberry, fig, ebony and milkwood trees, among others, will often give the visitor a glimpse of bushbuck, monkeys, baboons, warthog, as well as banded or slender mongoose and sometimes even a snake.

While he has only seen leopard tracks, last year a leopard killed a bushbuck and dragged it up a large tree next to the path to devour it to the astonishment of many visitors to the Falls.

“One day up a tree we saw a boomslang (snake) trying to catch a gecko. The gecko ran and started to fall.  As it fell in front of us, the next thing to fall was the boomslang! The gecko was lying flat on the ground, the boomslang was lying on its side, and we were running away,” he laughs.

Zulu recalls a visitor who came from Russia, not to see the Victoria Falls, but to see the paddle frog, which at just 1.5cm in length is the smallest amphibian there, and is commonly seen in the rainy season.

Other small creatures include the insects … the spiders, such as the beautiful golden orb, the termites and the blister beetles, he says.

There’s also a rich variety of birds in the rainforest, including endemic species such as the schalow’s turaco, green pigeon, green sandpiper, emerald cuckoo, Senegal coucal, African wag-tail and the red-faced mousebird among others, Zulu says.

Plants endemic to the Victoria Falls rainforest include some of the ferns, wild date palms, the fireball lily and the pepper elder, while rare plants there are the red milkwood, lowveld milkberry, tasselberry, river nuxia, small-leaved kiaat and river climbing acacia.

In November, just before the rains, the brilliant red fireball lilies dot the forest floor, and come January and February, Zimbabwe’s national flower, the flame lily blooms – showcasing two local icons side by side. Other special plants include the black arums, various fungi, mushrooms and maidenhair ferns.

Whatever the time of the year there is always something special happening at the Victoria Falls – either in the rainforest or at the falls themselves.

“To fulfil what early explorer David Livingstone said, to fully appreciate the falls you have to be there twice – in low water and in high water,” Zulu says.

“The Falls are much clearer during the drier months, but they also have to be seen in high water to fully appreciate the enormous power of this natural phenomenon.”

When it is safe to travel again the Victoria Falls and all of its hidden gems await.

Tips for Travelling to Victoria Falls
January 18, 2021
Latest from our blog
Blog Categories
Go to Top