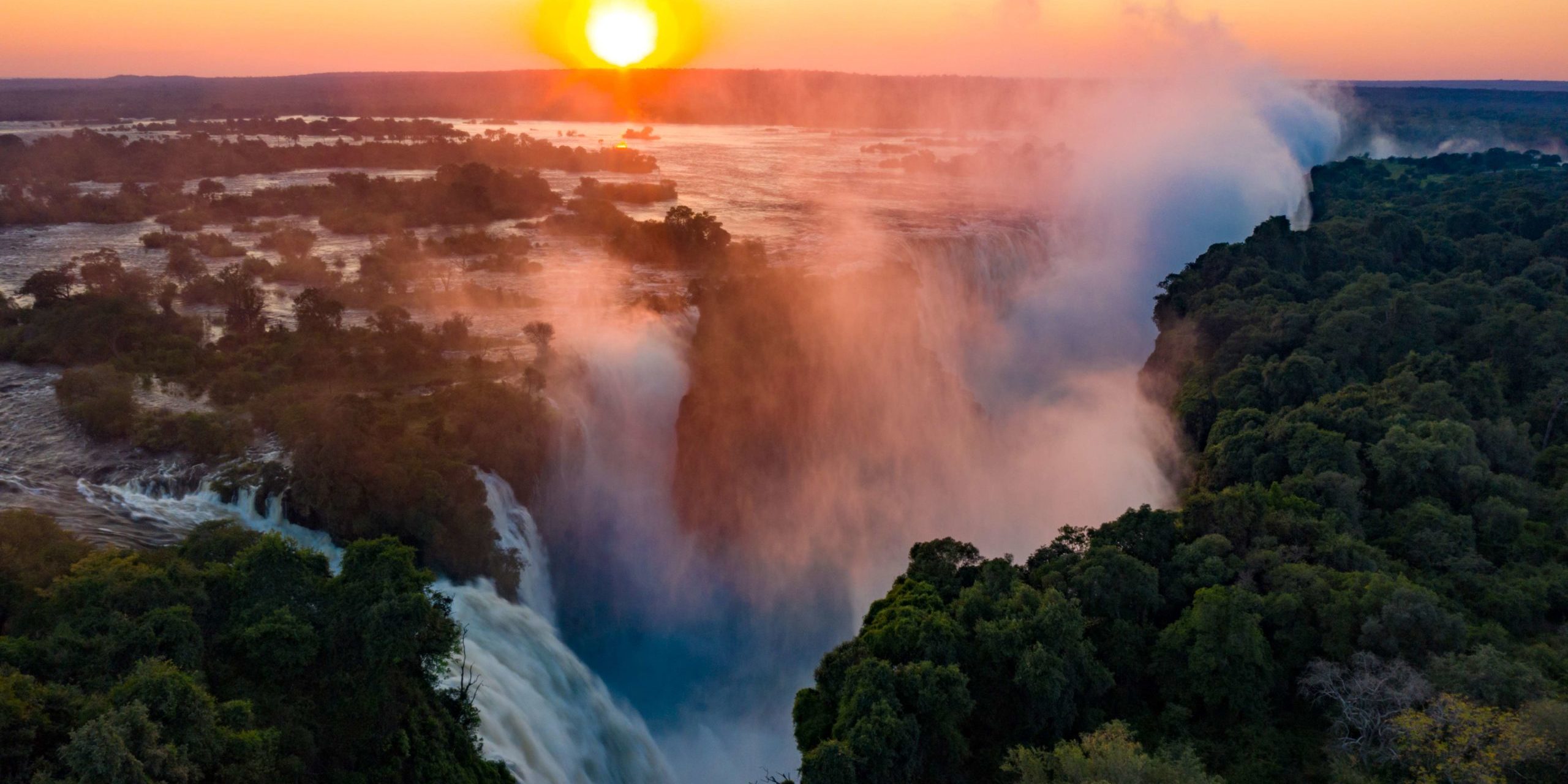 Victoria Falls is putting on its most glorious display of raw breath-taking beauty and intensity of the year, but with the rainy season over, in coming months it will drop to a fraction of its current volume.

This ever-evolving nature of this Natural Wonder of the World is one of its many intrigues – whenever it is viewed, it will be different each time, and no matter how many times it is visited, it will always enthral.

Zambezi River Authority data shows Victoria Falls peaked on May 3 when 4,568 cubic metres of water per second tumbled over the world’s largest waterfall, four times more water than the 1,136 cubic metres per second on the same day last year.

The volume of the 2,574-kilometre-long Zambezi River, which begins in Zambia, before tumbling over the Batoka Gorge to form Victoria Falls on the Zimbabwe-Zambia border, and eventually crossing Mozambique to empty into the Indian Ocean, is rain fed.

So it varies from month to month, being at its fullest at the end of the rainy season in April and May, and at its lowest in October and November, before the rains begin.  It also fluctuates greatly year to year.

Sadly, few have witnessed first-hand this spectacular display, as the Victoria Falls rainforest is closed, as like many other countries, Zimbabwe is in lockdown to protect against the coronavirus pandemic. However, the Zambian side has re-opened.

Zambezi River Authority public relations and communications manager Elizabeth Karonga says the high water levels are due to a significant increase in both rainfall and run-off in the catchment area upstream of Victoria Falls during the last rainfall season.

This year the water levels at Victoria Falls have been well above average, although not quite the largest flows ever recorded, which peaked at an incredible 9,436 cubic metres per second in 1958!

With the rainfall activity upstream subsiding, there has been a reduction in Zambezi River flows, which has started to translate to reduced flows at the Victoria Falls, a trend which will continue until after the start of the next rainy season, Karonga says.

The seasonal fluctuation of water levels at the Victoria Falls is dramatic, and it is not unheard of for there to be over 20 times the volume of water flowing in May compared to October or November of the same year.

The wonder of Mother Nature is that she is full of surprises!

Tips for Travelling to Victoria Falls
January 18, 2021
Latest from our blog
Blog Categories
Go to Top