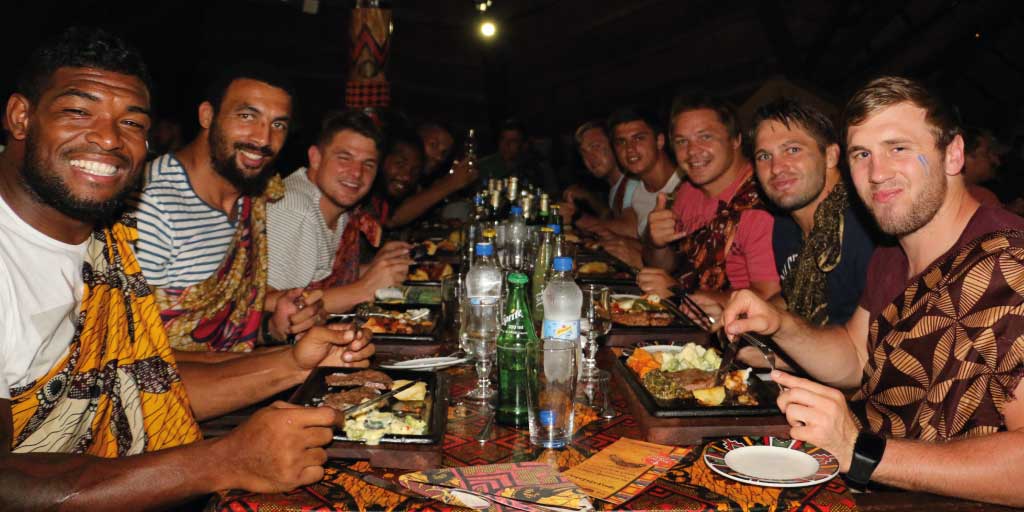 SOUTH African Super Rugby side the Toyota Free State Cheetahs recently came to Zimbabwe and they conquered – winning their pre-season clash in Harare against the Vodacom Bulls, before visiting the country’s top tourist attraction, Victoria Falls.

The 45-strong squad, who stayed with us at Victoria Falls Safari Lodge this week, were blown away by the beauty of Victoria Falls, which many had never seen before, with team captain Francois Venter saying, it was well beyond his expectations.

“It’s an unbelievable experience. We’ve been hearing a few rumours that Victoria Falls is drying up, but I can tell you that’s not true. It’s amazing to see how much water is there,” Venter said.

The Cheetahs’ visit to one of the Seven Wonders of the World included a sunset cruise on the Zambezi River, a tour of Victoria Falls, dinner at our famous restaurant, The Boma – Dinner & Drum Show as well as a coaching clinic at Victoria Falls Primary School.

“Sport plays a big role in a child’s life ….giving something back is a big thing for us –  we want to reach out to the community and make a difference where we can, and not just in the Free State, where we are from,” Venter said.

“We did basic drills with the kids and they excelled, they were surprisingly good,” he added.

The Toyota Free State Cheetahs returned to South Africa yesterday (Tuesday), but Venter hoped the Lafarge Zimbabwe Champions Cup would become an annual fixture, allowing them to return to Zimbabwe next year.

Africa Albida Tourism (AAT) chief executive Ross Kennedy said it was such a privilege and pleasure to host the Cheetahs pre-season squad in Victoria Falls at the Victoria Falls Safari Lodge. 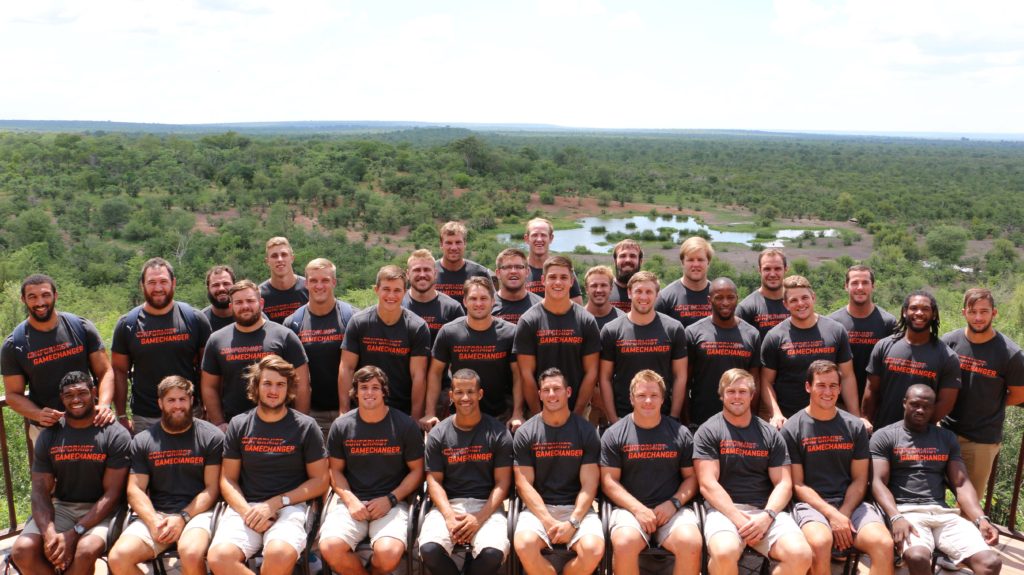 “To see and hear their enthusiasm, delight and energy during their stay and the pure wonder and amazement when seeing Victoria Falls for the first time (for many of them) was wonderful. We hope to welcome them and other South African sports teams back in future,” Mr Kennedy said.