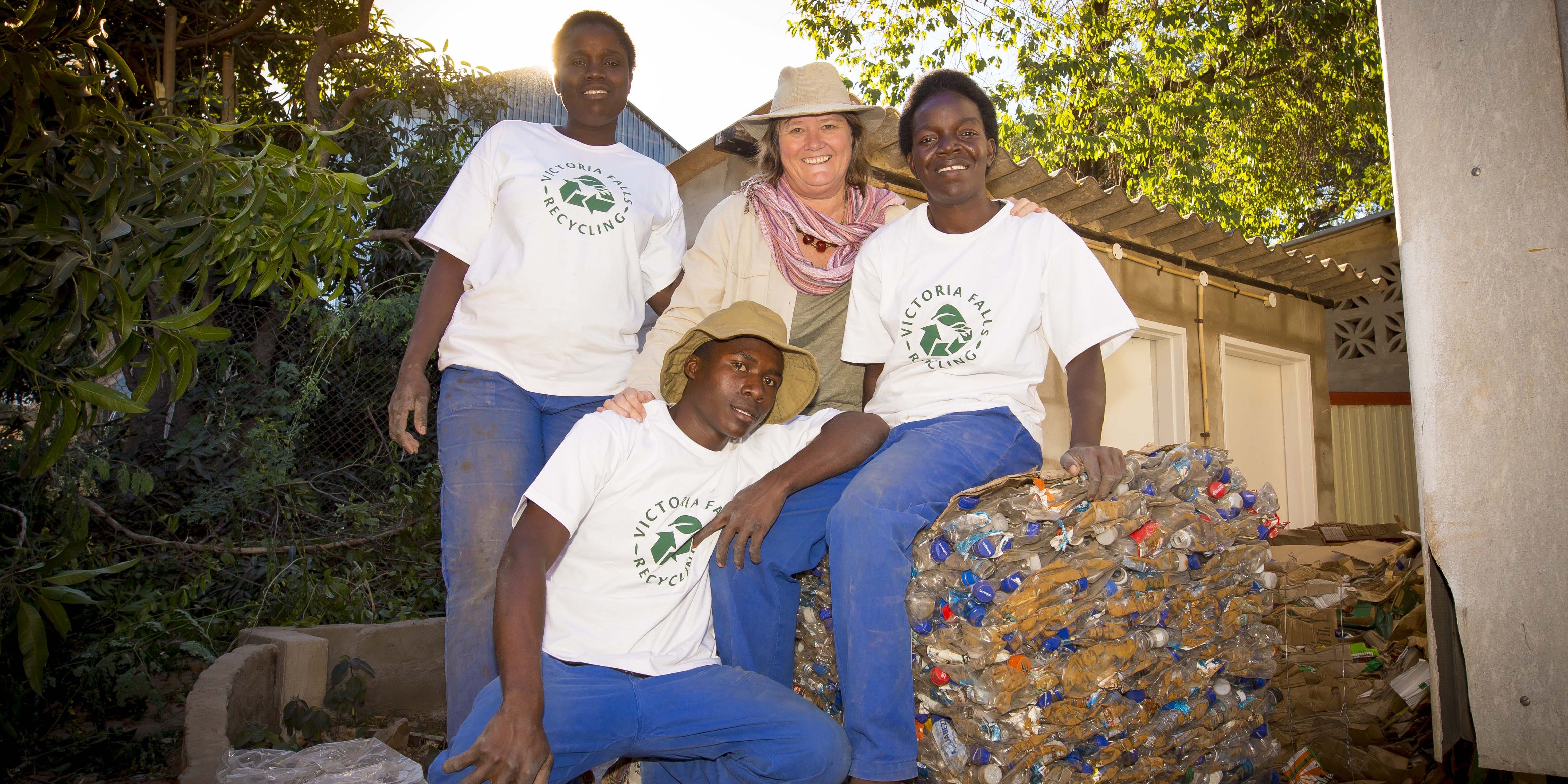 In the midst of Victoria Falls’ industrial area is an unremarkable site with a grey shed, rows of baled plastic water bottles and cardboard, and a large wire cage, seemingly full of rubbish.

On the side of the cage is the Victoria Falls Recycling sign, announcing what this unremarkable site is.

Inside the shed a large blue machine is noisily at work – plastic water bottles are poured into the top of the machine, they are then flattened and compressed into a neat bale ready to be recycled.

Appearances, however, can be deceptive because at this unremarkable site, something rather remarkable is happening.

Victoria Falls Recycling, which was launched in March 2018 by hospitality group Africa Albida Tourism in partnership with Greenline Africa, Victoria Falls Municipality and PetrecoZim, has collected and baled more than 24 tonnes of waste for recycling in its first nine months of operation. 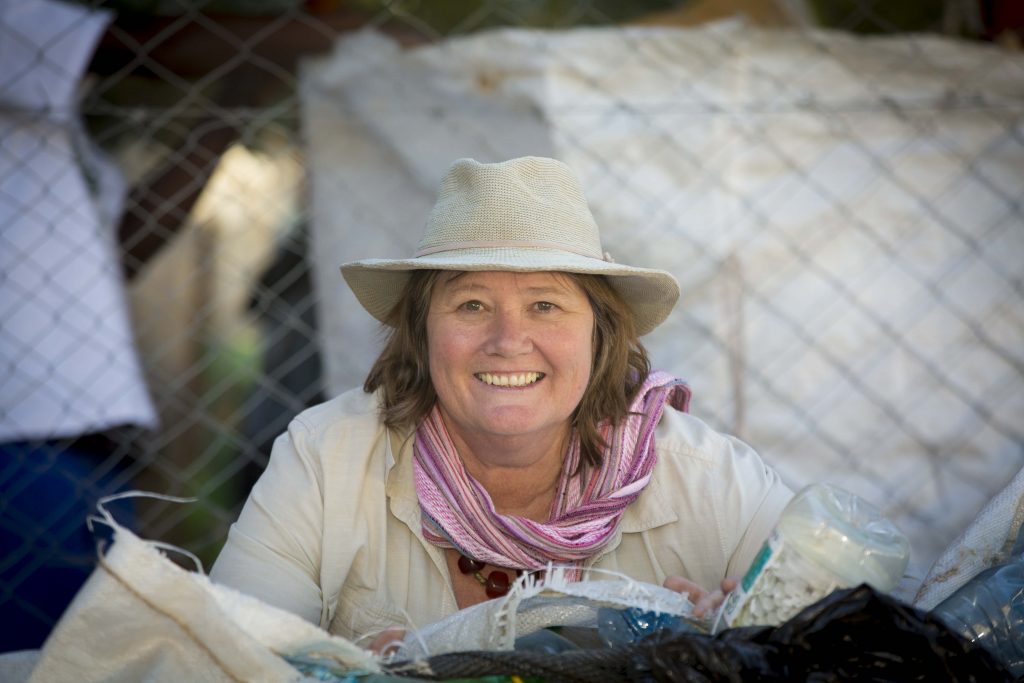 Victoria Falls Recycling co-ordinator Charlene Hewat says this waste would otherwise have ended up at the dump site, in rivers and in wilderness areas in and around Victoria Falls.

“Victoria Falls does not have a proper landfill site at the moment and therefore it is critical that we harvest and collect as much recyclable product as possible before it reaches the dumpsite,” Hewat says.

“Collection at source is the focus of the project, and we have started off with the hotels, lodges and restaurants and will move to household collection mid-2019,” she says.

“We also work with collectors who collect waste for a living and get paid per kilogram,” she adds.

Participants separate their waste at source and bring it to the recycling centre in large sugar bags, which are weighed, recorded and then baled ready to be transport for recycling.

The waste is sent to large recycling plants in Harare and South Africa where it is made into plastic bags, clothing, diesel and much more.

The project – the only one of its kind in the region – has grown so quickly, it is already needing to relocate to a larger site, which has been allocated by the Victoria Falls Municipality.

Hewat says Victoria Falls Recycling’s vision is to collect, sort and bale waste for onward sale to re-users of the waste; to collect waste that can be pelletised and then recycled into rubbish bags; and to upcycle waste to use it for products such as handmade paper, furniture, artefacts and other items to sell to tourists in Victoria Falls.

Reducing waste is the first prize, but this does not stop the waste already out there, which can be reused, for example, for art, and then there is recycling, which the project is currently doing, she says.

“The project is run by three wonderful youth headed by a lady called Blessing Ndlovu.  They are dedicated and passionate about what they do and continue wanting to learn more about recycling.”

Hewat, a well-known conservationist, is amazed by the support Victoria Falls Recycling has received in its first year, and can only see it growing from strength to strength in the future.

“The difficult part of the project is changing of mindsets – people asking why they should be separating waste!

“This is what takes time, and we are fortunate in that we carried out several trainings with organisations in Victoria Falls and the key to all of this is to get buy-in from the top,” she adds.

“We are grateful for the support we have received from the senior management of organisations in Victoria Falls, and we believe together we can make a difference moving forward.

“We know that the project will contribute to Victoria Falls being a Clean and Green Town and one of the best tourism destinations in Africa.  Victoria Falls – Africa’s GREEN Destination,” Hewat says.

With the pending expansion of Victoria Falls Recycling has come a long wish list of materials and equipment, so anyone wishing to assist, please contact charlie@greenlineafrica.org for more information. 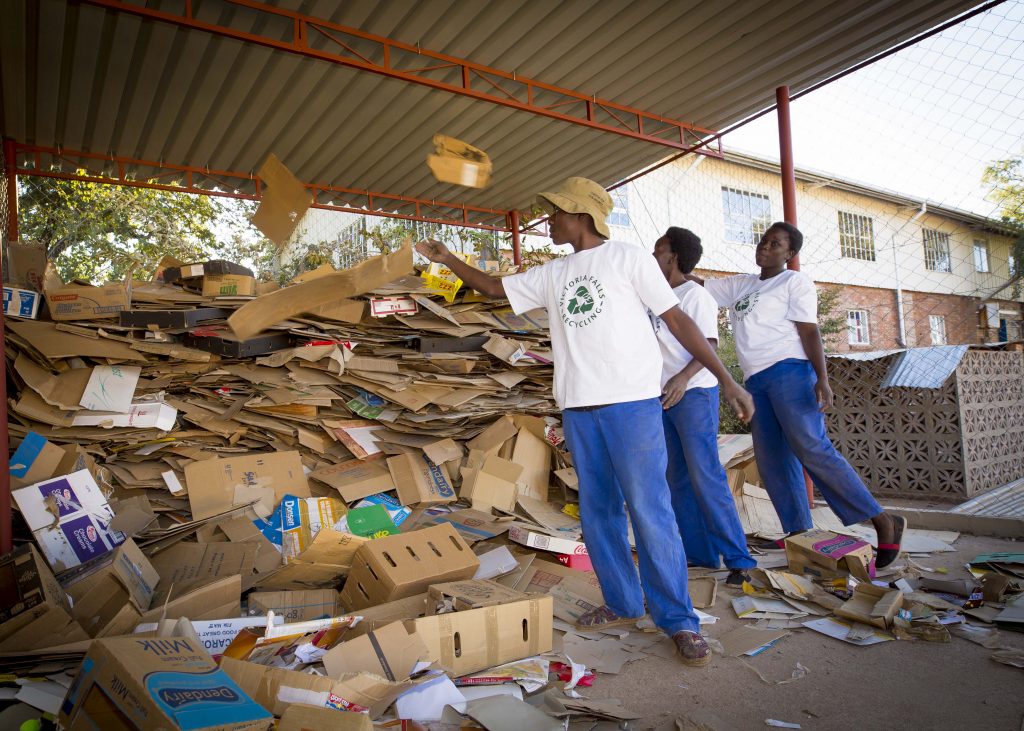