Victoria Falls Safari Lodge Estate, Where the Wildlife Comes to You 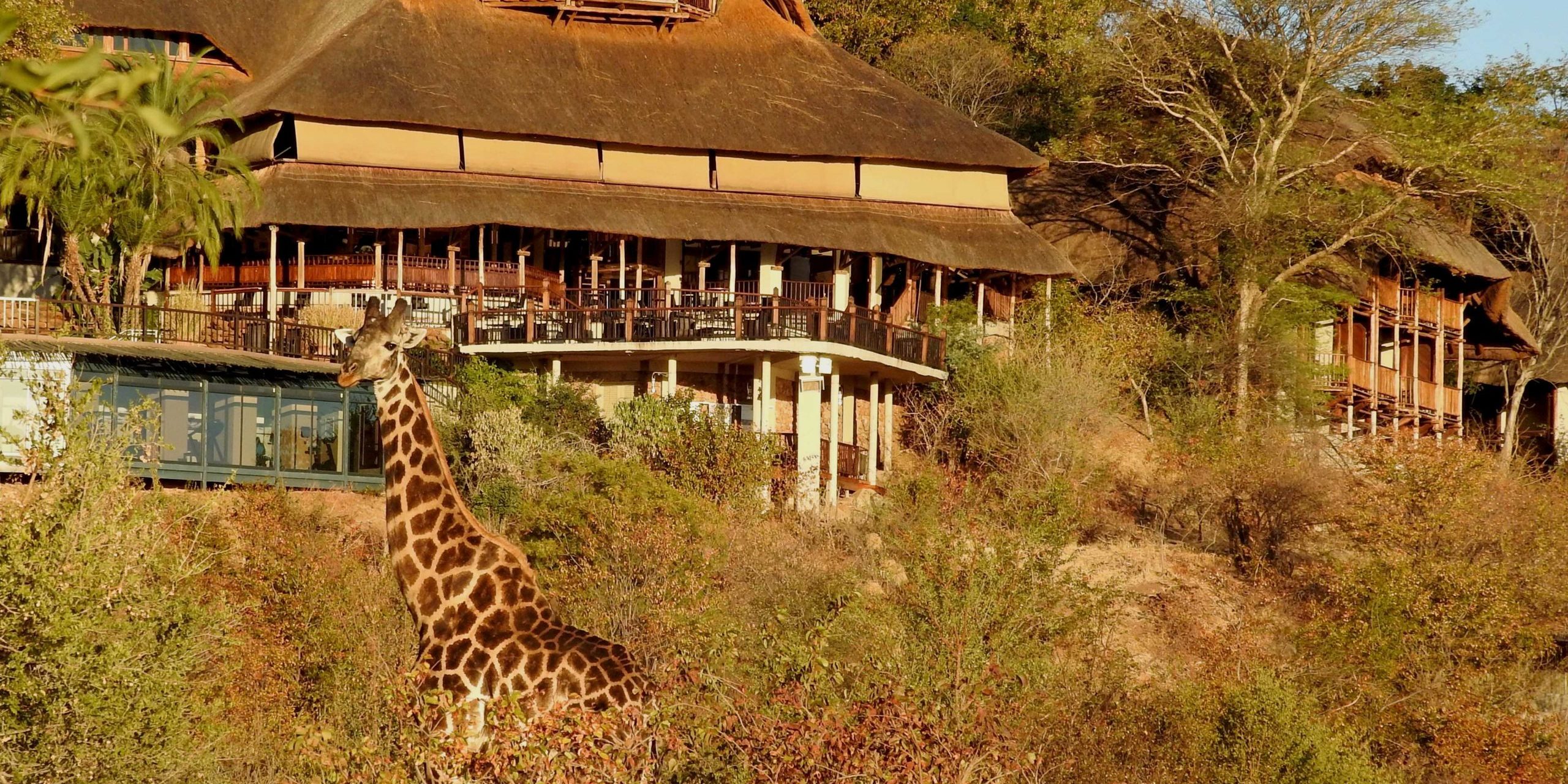 One of the best places to spot wildlife in Victoria Falls is at Victoria Falls Safari Lodge which overlooks the Zambezi National Park and a waterhole that attracts many of the 103 species of mammals and 700 species of birds found in Zimbabwe.

Elephant, buffalo, kudu, impala, warthog and spotted hyena are frequently seen quenching their thirst at the waterhole, but sometimes lion and leopard are also sighted there.

This wildlife in Victoria Falls can either be enjoyed over a sundowner at the Safari Lodge’s Buffalo Bar or at close quarters with professional guide Charles Brightman in or one of his team of expert guides at Discover Safaris in the Siduli Hide at the edge of the waterhole.

Designed to look like a termite mound, guests are concealed inside the Siduli Hide, where elephants have been known to get so close you can count their eyelashes.It is an ideal experience for nature lovers, keen wildlife observers and photographers, and while sightings are not guaranteed, it provides a great opportunity to sit quietly and observe nature at its best.

“We have seen lions, leopard a few times, but often great elephant sightings, just metres away from the hide,” Mr Brightman says.

Relax and enjoy the wildlife in Victoria Falls through a virtual guided sit at the Siduli Hide with Mr Brightman, who took these photos there:

This is one of a few crocodiles at the Victoria Falls Safari Lodge waterhole. The number of resident crocs fluctuates as some will walk to the nearby Zambezi River. At present there are four, but until recently there were eight. They eat insects, fish, frogs, birds and mammals.

As tiny as this baby elephant looks, they are the largest land animals in the world, so it was born weighing around 110kg (250lbs). Mothers carry their young for nearly two years, and only wean them entirely at up to ten years of age.

This pair of yellow-billed storks are wading in the water in search of food, which is mainly fish, but they also eat frogs, aquatic insects and worms.

This herd of impala have taken “lining up for a drink” to a whole new level! These medium sized antelope prefer to drink daily and are seldom found more than 2 or 3km (1.5 miles) from water.

The red-billed oxpecker is often seen on buffalo and other wildlife. It feeds on ticks, other insects and blood. Buffalo, along with elephant, lion, leopard and rhinos make up the Big Five game, which are the species most sought after by wildlife viewers.

This pair of kudu, a mother and calf, have excellent camouflage, and, incredibly, can jump up to 3m in height. Kudu calves grow rapidly, and by six months of age are fairly independent of their mothers.

Chacma baboons are regular visitors to the Victoria Falls Safari Lodge waterhole. As long as baboons have access to food, water and roosting sites they can live anywhere, with some living in the suburbs of the city of Victoria Falls. Troops of up to 100 can be found in Southern Africa.

Head and shoulders above everyone else, the giraffe is the tallest living land animal, so they browse on the leaves, fruits and flowers of trees at heights most other herbivores cannot reach.

This is a mature bull elephant in musth, which is a periodic condition in male elephants characterised by highly aggressive behaviour and accompanied by a large rise in reproductive hormones. An adult male elephant may drink over 200 litres (55 gallons) of water a day.

This pied kingfisher, which is resident at the waterhole, usually hunts by hovering over the water to detect prey and diving vertically bill-first to capture fish. Pied kingfishers can often swallow small prey in flight without needing to return to a perch so can hunt far from shore.

No doubt you enjoyed your virtual safari, but we do look forward to welcoming you to the real experience in Siduli Hide at the edge of the Victoria Falls Safari Lodge waterhole one day soon!